The Quasimodo Pattern is a trading strategy that is based on technical analysis. It is used to identify potential entry and exit points in the market. It is named after the character Quasimodo from the novel “The Hunchback of Notre Dame,” as the pattern resembles a bell curve, similar to the shape of Quasimodo’s back. This pattern can be found in any timeframe and on any financial instrument, making it a versatile tool for traders. Traders should consider several key parameters when looking for the Quasimodo Pattern. These include:

Balance and Imbalance in Trading

Before discussing the Quasimodo Pattern in detail, it is important to understand the concepts of balance and imbalance in the market.

A balanced state in the market occurs when supply and demand are in equilibrium, resulting in a narrow range of price movement. In this state, the market is not trending and is more likely to consolidate.

An imbalanced state in the market occurs when supply and demand are not in equilibrium, resulting in a wider range of price movement. In this state, the market is trending and is more likely to continue in the direction of the trend. As mentioned earlier, the Quasimodo Pattern works best in a trending market. Therefore, it is important to identify the trend in a higher timeframe before looking for the pattern in a lower timeframe. This can be done by using trendline analysis or other technical analysis tools. The first phase of the Quasimodo Pattern strategy involves identifying the False Trend Reversal (FTR) and Flag Limit. The FTR is a false signal of a trend reversal, often caused by a sudden influx of market orders or news that temporarily disrupts the trend. The Flag Limit is the maximum price that the market can reach before the trend resumes. To identify the FTR and Flag Limit, traders should look for a sudden move in the opposite direction of the trend, followed by a period of consolidation. The Flag Limit can be identified by drawing a trendline from the beginning of the consolidation period to the end and extending it to the right side of the chart.

The second phase of the Quasimodo Pattern strategy involves the formation of the Quasimodo pattern itself. This pattern is formed when the market moves back in the direction of the trend after the FTR and Flag Limit have been identified. The Quasimodo pattern is characterized by a bell-shaped curve, with the top of the curve representing the Flag Limit and the bottom representing the support or resistance level that was broken during the FTR. The Quasimodo Pattern strategy’s final phase involves identifying the trade’s target price. The target price is the point at which the market is likely to reverse again, signaling the end of the trend. This can be determined by using technical analysis tools such as Fibonacci retracements or by looking for signs of market exhaustion, such as a reversal candlestick pattern or a decrease in volume. Once the Quasimodo Pattern has been identified, and the target price has been determined, traders can use the following strategy to enter and exit the trade: Trade Entry: Traders can enter the trade at the support or resistance level broken during the FTR, with a stop loss placed just outside the Quasimodo pattern.

Stop Loss: The stop loss for the trade should be placed on the opposite side of the Quasimodo pattern at a level where the market is likely to reverse again.

Take Profit: The take profit for the trade should be set at the target price or at a level where the market is likely to experience resistance. The Quasimodo Pattern is a useful trading strategy for identifying potential entry and exit points in the market. By following the three phases of the strategy and using technical analysis tools to identify the pattern accurately, traders can effectively use this strategy to trade trends and make informed decisions about their trades. As with any trading strategy, it is important to approach the Quasimodo Pattern with caution and always consider risk management when entering trades. 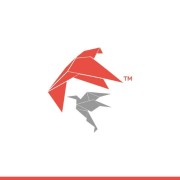 How to Trade the Three Drives Pattern